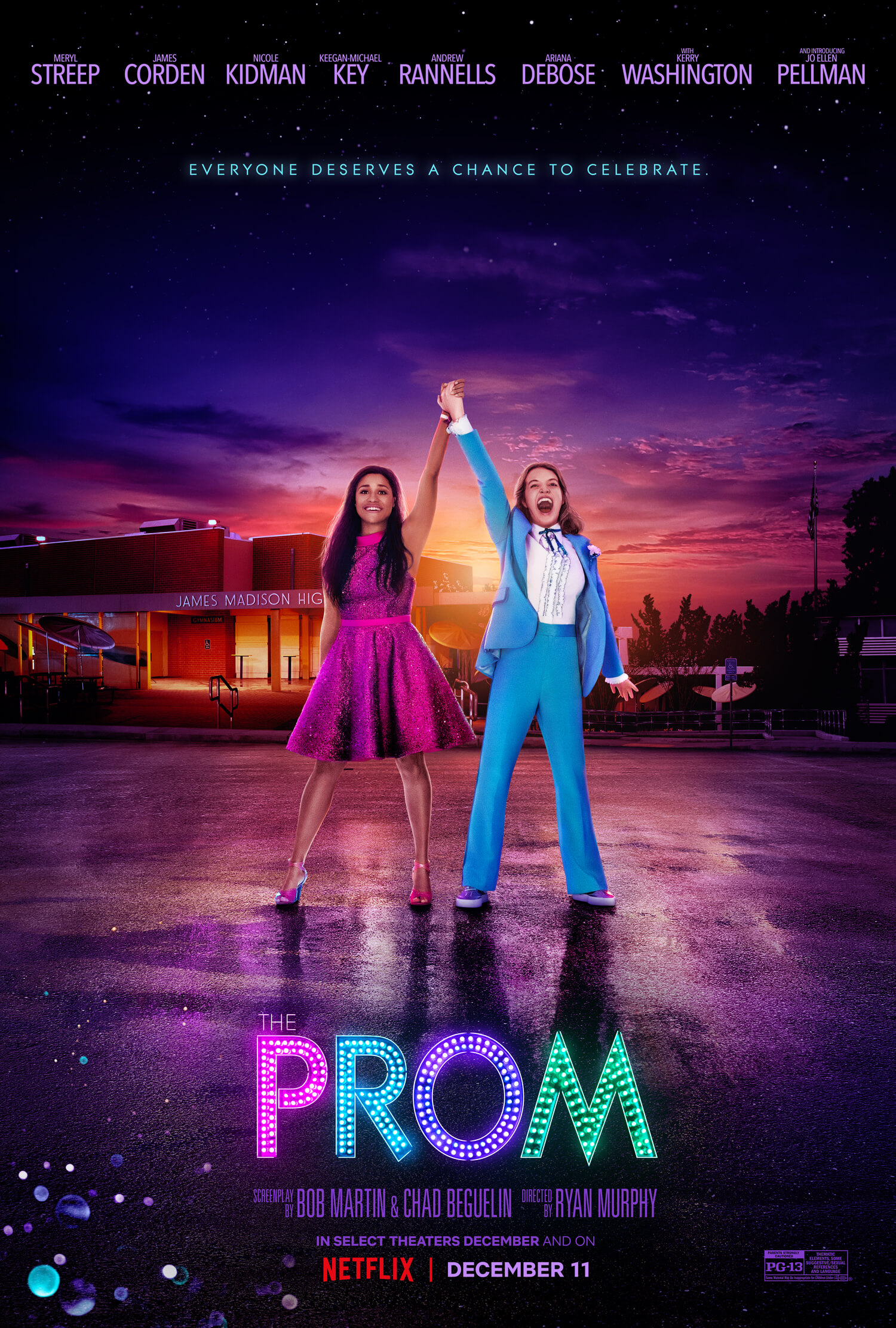 Dee Dee Allen (three-time Academy Award winner Meryl Streep) and Barry Glickman (Tony Award winnerJames Corden) are New York City stage stars with a crisis on their hands: their expensive new Broadway show is a major flop that has suddenly flatlined their careers. Meanwhile, in small-town Indiana, high school student Emma Nolan (newcomer Jo Ellen Pellman) is experiencing a very different kind of heartbreak: despite the support of the high school principal (Keegan-Michael Key), the head of the PTA (Kerry Washington) has banned her from attending the prom with her girlfriend, Alyssa (Ariana DeBose). When Dee Dee and Barry decide that Emma's predicament is the perfect cause to help resurrect their public images, they hit the road with Angie (Academy Award winner Nicole Kidman) and Trent (Andrew Rannells), another pair of cynical actors looking for a professional lift. But when their self-absorbed celebrity activism unexpectedly backfires, the foursome find their own lives upended as they rally to give Emma a night where she can truly celebrate who she is. GLSEN + Netflix are partnering in creating this discussion guide. The Prom is available on Netflix starting Friday, December 11th.

View this Guide as a PDF 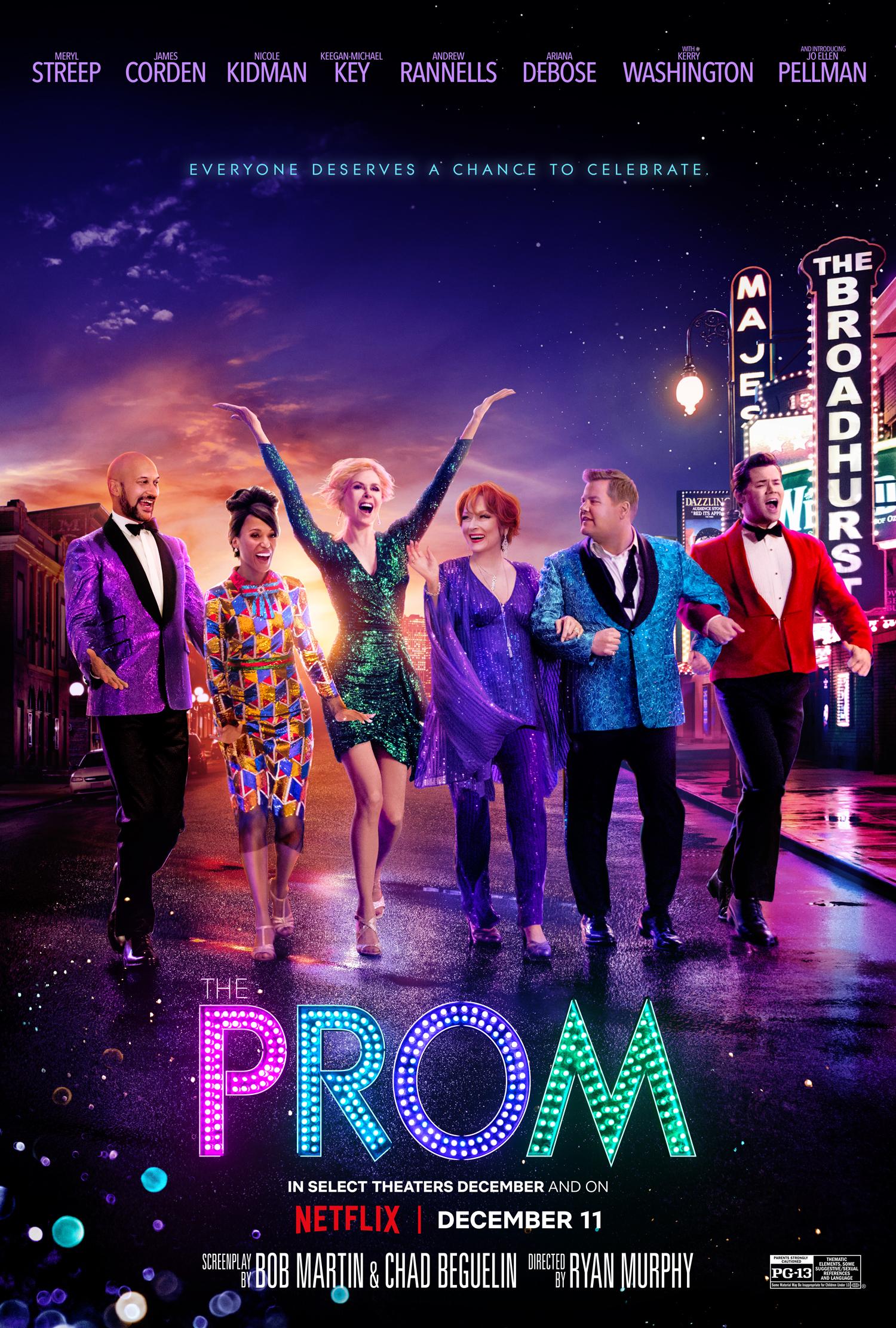 May not be suitable for ages 13 and under.

How to Utilize The Prom to Create Discussion

You can host a virtual movie screening using this guide and the discussion questions (choose 3-4) below to start conversations in your GSA, diversity club, leadership class, or other virtual youth group. Topics such as identity, bigotry, homophobia, coming out, parental rejection, advocacy, education, acceptance and solidarity are interwoven throughout this film and can spark conversations and relatable moments. For your discussion, use GLSEN’s GSA Guidelines for Respectful Conversations.

Heteronormativity:Heteronormativity is the assumption that heterosexual identity is the norm, which plays out in interpersonal interactions and institutional privileges that further the marginalization of lesbian, gay, bisexual, pansexual, asexual, and queer people etc.

Cinematic Stereotyping:A common portrayal in films of a specific category of people that can lead to prejudices and assumptions that might be harmful.e.g. all gay people love musicals and lesbians drive trucks

Coming Out: Disclosing one’s gender identity and/or sexuality to people who previously did not know. Not all people who come out experience rejection and others might. Each person has their own experiences and often “come out” multiple times. Outing someone could jeopardize a person’s safety and ability to decide for themselves when and if the time is right. It is best to ask for permission before sharing.

The Prom gives everyone a reason to celebrate this December! For more information on how you can continue your advocacy for LGBTQ+ students visit www.glsen.org or send an email to students@glsen.org

“Nobody out there gets to define the life I'm meant to lead, with this unruly heart of mine”