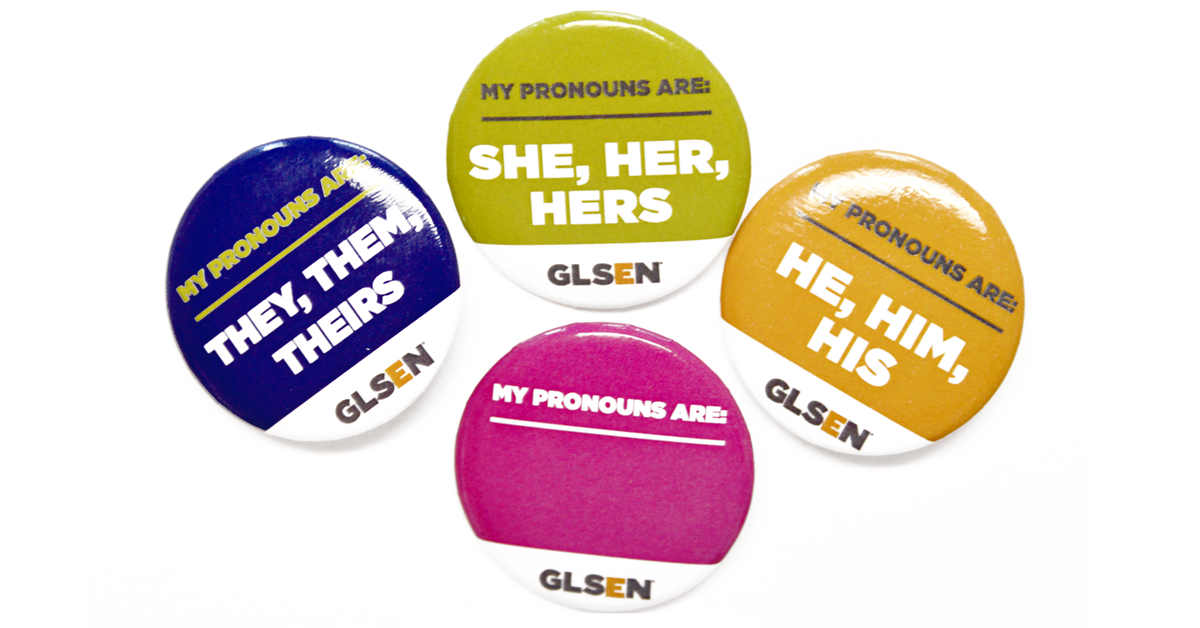 As an English teacher, I know first hand that language can be sticky.  Grammatical correctness is important, but more important are the people the words are used to describe.

In a polarizing binary pronoun world, navigating gender-neutral pronouns can be daunting at first. Though most people use they/them/their in everyday conversation without a second thought, it can be a whole different issue when applying it to a single person. Even though the use of singular “they” has been added to the Merriam-Webster Dictionary and the APA style guide, it has sadly not yet made its way into English classrooms across the country.

I heard a story from a student that made me take a more conscious effort to have inclusive language. My student told me that when analyzing a poem, the teacher asked the students to discuss the voice of the poem in terms of gender. My student chose to use "they" as a gender-neutral singular pronoun. The teacher urged the student to pick "one or the other," insisting that there were only two choices. My student didn't feel this was fair and knew that many people use “they/them” pronouns when “he/him” or “she/her” don’t fit. The student tried to reason with their teacher, and the argument ended with the teacher telling the class that "they" is only for plural use. My student left that English class feeling discouraged and isolated.

This story inspired me to take a look at my own class, my own teaching, and the influence that language has for my students. Do I force students to pick from the limited options of “boy” and “girl”? How can I bring “they/them/theirs” in a singular, gender-neutral form into my lessons and conversations with students? Is my curriculum silencing people’s identities when I ignore these seemingly little words?

As a teacher, I can use my curriculum and conversations to bring visibility to LGBTQ people. I am sure to talk to my students about their use of language, and how that language impacts others.  Words can be a destructive force of terror or a haven of creative catharsis. Sometimes the erasure of words can mean the silencing of identity. When we, as educators, prioritize outdated grammatical rules above our students’ experiences, we’re allowing language to put a student in a box that limits their creative expression and can cut them off from having the language to describe themselves.

Today is GLSEN’s Day of Silence, when students and educators take a vow of silence to highlight the silencing and erasure of LGBTQ people at school. I strive to help my students to break this silence, and to find the words that help them express who they are, no matter who that is.

Ashley Bidinger is a teacher of English Language Arts and a GSA sponsor.