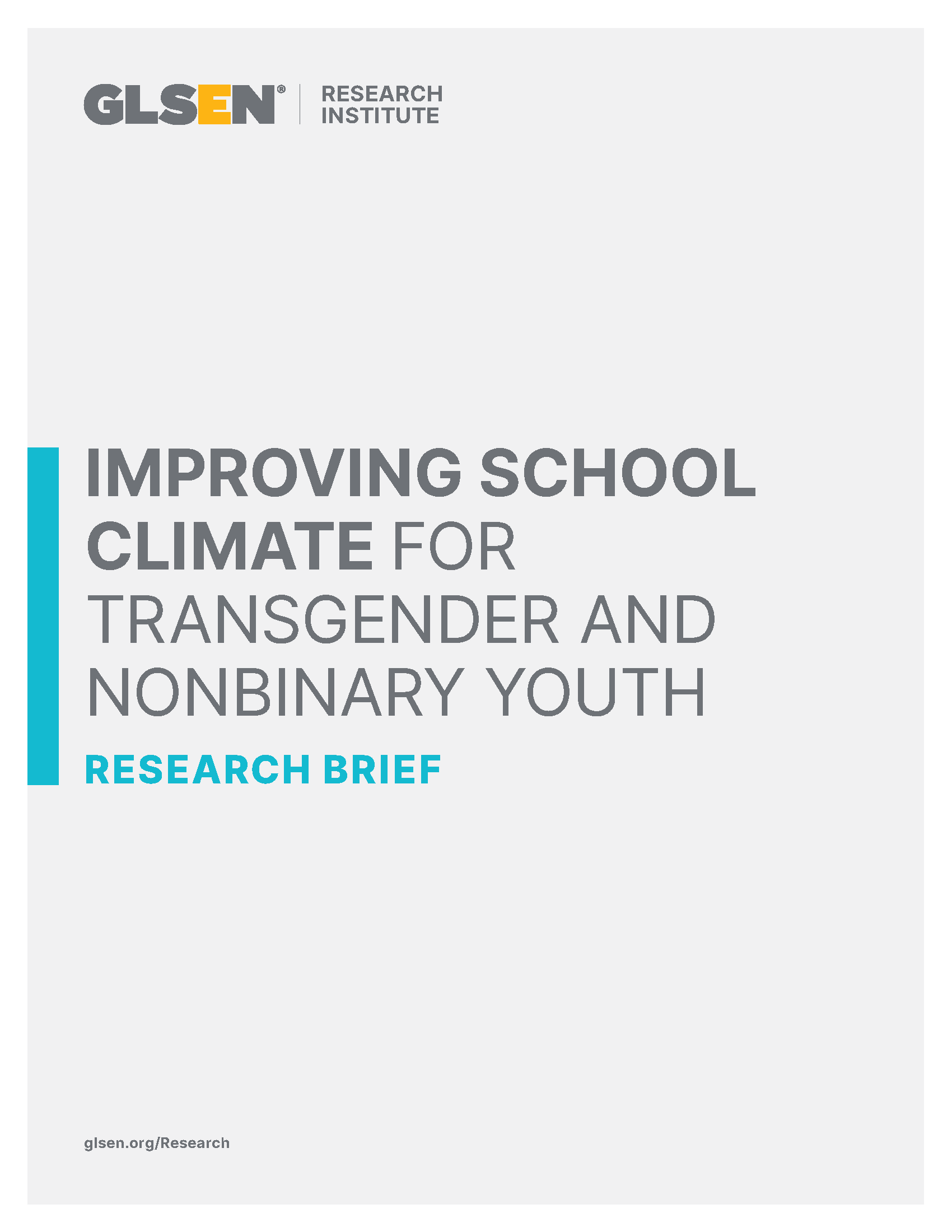 Over 20 years of GLSEN’s Research has established that schools are not safe or welcoming spaces for LGBTQ youth, who face hostile school climates due to their sexual orientation, gender, and gender expression. Further, findings from our biennial National School Climate Survey have historically shown that transgender and nonbinary students (i.e., students whose genders do not align with the sex they were assigned at birth) experience especially hostile climates compared to their cisgender lesbian, gay, bisexual, and queer (LGBQ) peers. In addition to documenting the hostile school climate experienced by LGBTQ students, this research has also shown that LGBTQ-supportive school resources can help offset the negative effects of this hostile school climate and make schools safer and more affirming for all LGBTQ students. However, little is known about whether transgender and nonbinary students reap the same benefits of affirmative school supports as their LGBQ peers.

Other Research Reports and Briefs