Resources for Educators during Online Schools

You can support your students by showing visible signs, teaching inclusively, and through continued learning.

GSAs can still thrive in online school settings. You can use our guide for organizing a virtual event and the GLSEN Calendar for suggestions for awareness days to focus on.

Check out our virtual resources for more resources, webinars, and GSA activitites!

You can also join our Educator Forum on Facebook to connect to other GSA advisors and educators from across the country. Join today to share lesson ideas, ask questions, and stay posted with our free resources and monthly educator webinars!

Remember that your connection to your students is important, now more than ever. The efforts that you are making to keep reaching out and prioritizing your students’ safety are making a difference! 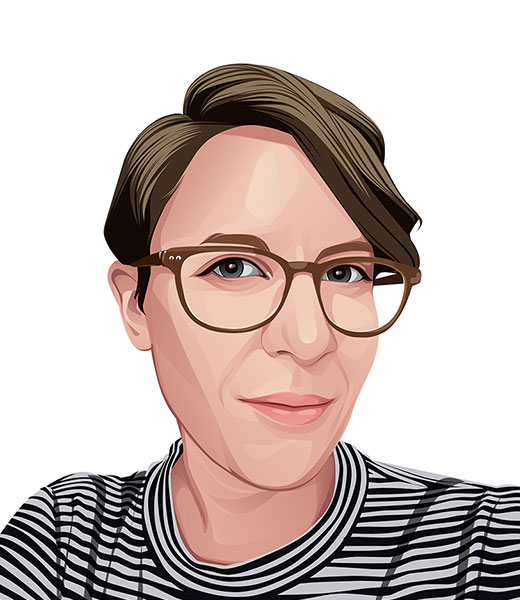 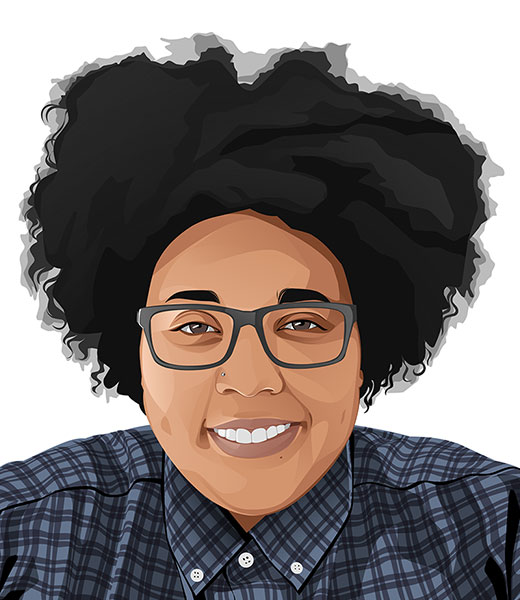 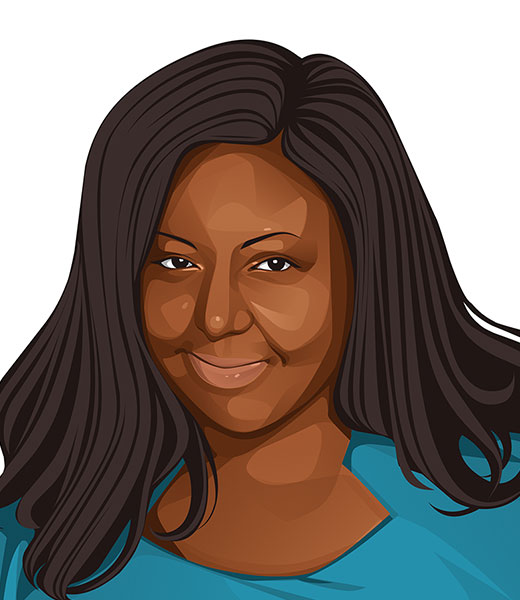 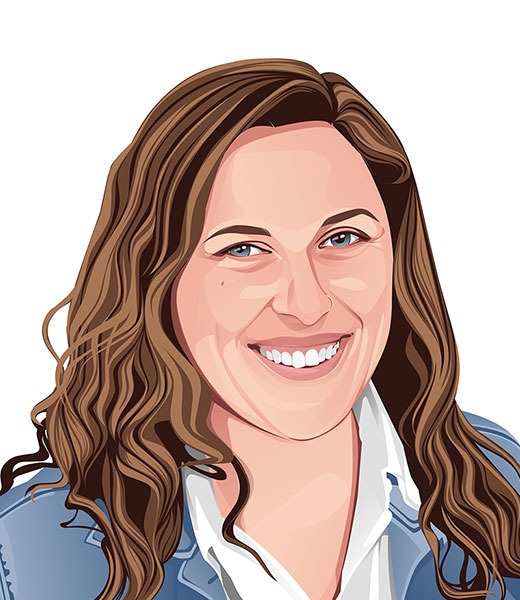 Caitlin (or Caitie) has a PhD in Developmental Psychology with a portfolio in Women’s and Gender Studies from the University of Texas at Austin. She has experience teaching, evaluating, and conducting research in schools of all levels. Caitie’s research specialties include the experiences of transgender and nonbinary youth, LGBTQ+ youth in sports, and elementary education. Before GLSEN, Caitie worked as an Evaluation Analyst at the Austin Independent School District and she has taught at the undergrad and preschool level. Outside of work Caitie loves live music, attempting complicated and new recipes, and women’s soccer. 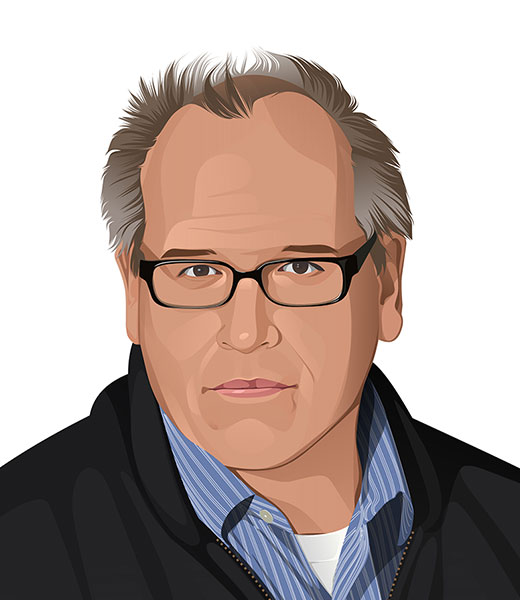 Dr. Joseph Kosciw is Director of the GLSEN Research Institute. GLSEN is recognized worldwide as an innovative leader in the education, youth development and civil rights sectors fighting to end bias-based bullying, violence and discrimination in K-12 schools and promote a culture of respect for all. For nearly two decades, the GLSEN Research Institute has supported the organization's mission by conducting original research on issues of sexual orientation and gender identity/expression in K-12 education and evaluating GLSEN programs and initiatives. The Institute also provides technical assistance to local GLSEN chapters and other safe school advocates in the U.S. who wish to conduct research on LGBTQ student experiences, and houses GLSEN's international initiatives which provide technical assistance to NGO and education leaders on LGBT issues in education across the globe.

Dr. Kosciw trained as a family therapist and has worked as a school counselor and psychoeducational consultant in elementary and secondary schools. He has been conducting community-based research for over 20 years, including program evaluations for non-profit service organizations and for local government. Under his leadership, GLSEN Research focuses on understanding the school experiences of all students, specifically as they are related to issues regarding sexual orientation and gender identity/expression, the school experiences of LGBT parents, perceptions of educators and school administrators regarding school climate, and the utility of school- and community-based efforts regarding bullying and harassment and efforts to create safe and affirming learning environments. GLSEN’s research is widely used for education policy advocacy as well as commonly cited in public media regarding LGBT student issues and school safety.

Kosciw’s work has been published in diverse scholarly and practitioner journals, including the Journal of Youth and Adolescence, the Journal of School Violence, and the Prevention Researcher. He also serves on the editorial board of the Journal of LGBT Youth: The Interdisciplinary Quarterly of Practice, Research, Policy, and Theory. He has also appeared on numerous national television and radio programs as an expert on LGBT student experiences.

In addition to his passions for community-based research, Dr. Kosciw is passionate about dogs, Eurovision, and Ukrainian pop music. 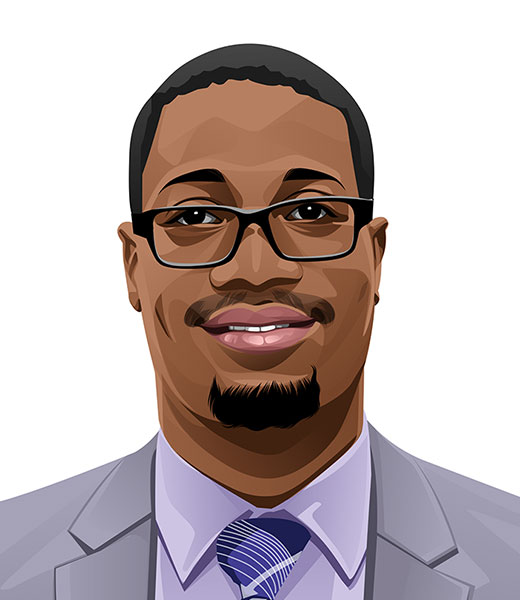 Ashley joined GLSEN in 2005 as a Finance Associate to support the accounting processes of the GLSEN National Office and Chapter Network. Ashley's work in the non-profit sector began at the Huntington's Disease Society of America as the Chapter Operations Coordinator, working similarly with both the National Office and Chapter Network. Prior to that, Ashley has held positions at Credit Lyonnais and served as a legal clerk.

Onyx is a multi-talented artist, activist, writer, and model who dreams of using art to amplify their voice and produce positive social change. They were named GLSEN's Student Advocate of the Year in 2019 due to their work with GSAs and GSA coalitions. In their free time, they enjoy making clothes, reading, and playing classical guitar. They are now a student at Harvard University, a Point Foundation Scholar, and a GLAAD/Teen Vogue 20 Under 20 Honoree. 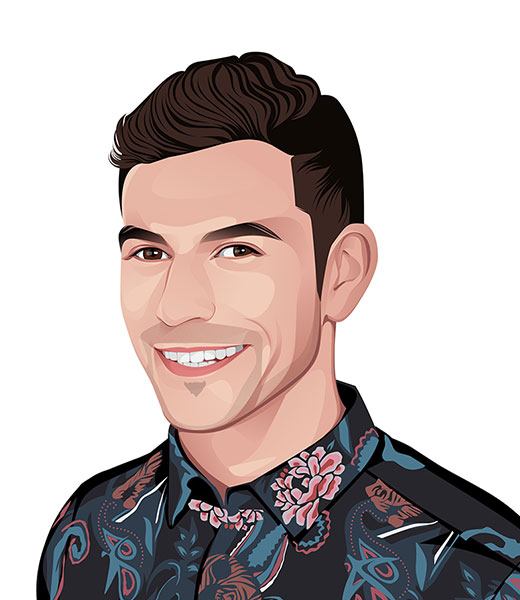 Michael Rady (he/him) is a queer educator, organizer, and reader. Michael believes radical transformation is needed in American education to deliver equity for all learners, especially BIPOC students and LGBTQ+ students. Before joining GLSEN, Michael was a third-grade teacher, curriculum writer, and Senate education policy staffer. Michael’s involvement in LGBTQ+ inclusive education started when he was asked to lead the LGBTQ+ staff community group for a network of public schools in the Northeast. Interest in the group grew immensely: it increased to over 500 members, marched in pride parades, and transformed internal policies for LGBTQ+ staff and students. In 2018, Michael joined GLSEN’s Connecticut chapter to launch the Rainbow Library, a program that sends queer-affirming books to schools. Since then, the program has grown to thousands of locations in dozens of states. He sees the Rainbow Library not only as way to help youth access queer-affirming literature, but as a bridge to other LGBTQ+ supports and policy changes. Originally from New York, Michael currently splits his time between Nashville, Tennessee, where his partner and their dog, Reese, reside, and Cambridge, Massachusetts, where Michael is pursuing a Master of Education at the Harvard Graduate School of Education. 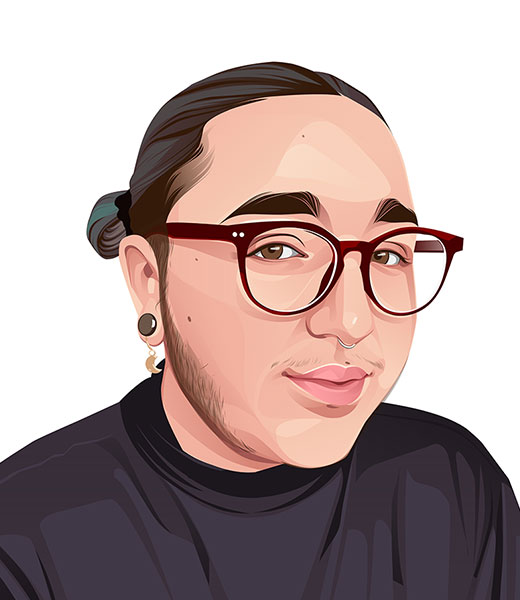 Indie is a trans nonbinary queer neurodivergent artist. Their experience being a homeless queer/trans youth shaped their devotion to youth work and social justice. Indie has over 10 years of experience working directly with youth in various way, from case management with homeless youth to community organizing development of queer and trans students. They have a passion for making mediocre art and cuddling with their adorable fur-babies. 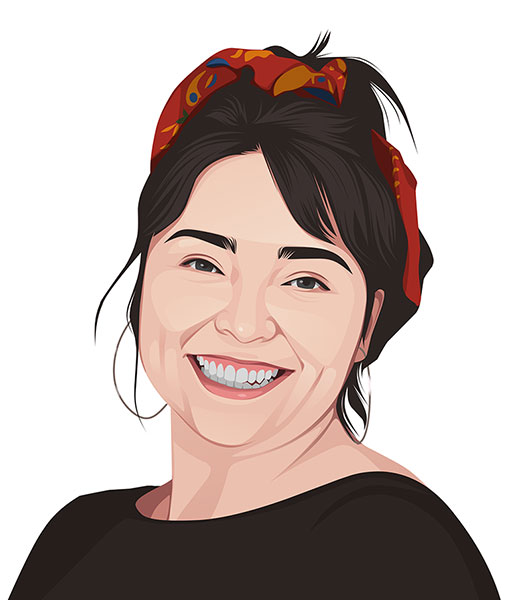 Aubri Tuero is a development professional living in Salt Lake City, Utah. She holds a Master of International Service in Global Governance, Politics, and Security from American University in Washington, DC and a dual Bachelor of Art in History and Film & Media Arts from the University of Utah. Ms. Tuero is also a board member of Friends of Gilgal Sculpture Garden, working to preserve public art in Utah. In her personal life she enjoys taking her dog Vito to the park and discussing books with her Short Book Club. 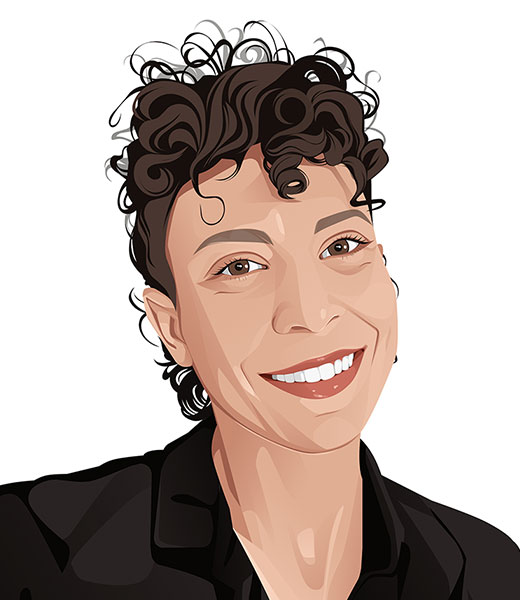 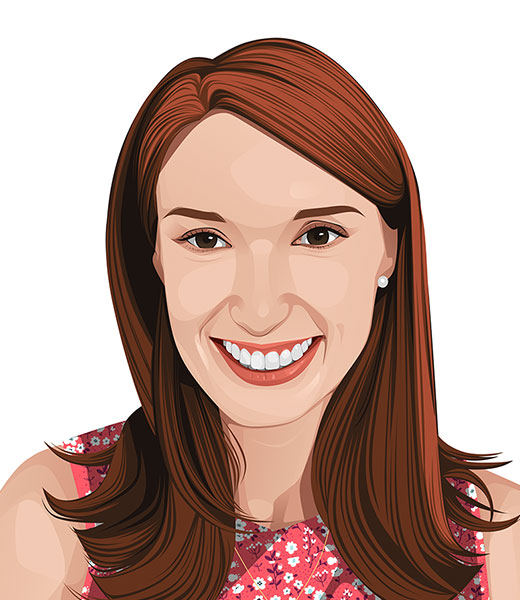 Jacqueline Schweiger (she/her) is the Database Manager at GLSEN, where she processes and reports on donor and gift information. She has worked in nonprofit development for a number of years, including at GLAAD, the French Institute Alliance Française, and the Museum of Jewish Heritage - A Living Memorial to the Holocaust.

Jacqueline graduated from the University of Virginia and holds a master’s degree in Art Business from Sotheby's Institute of Art. In her free time, she enjoys reading, swimming laps, and spending time with her family. 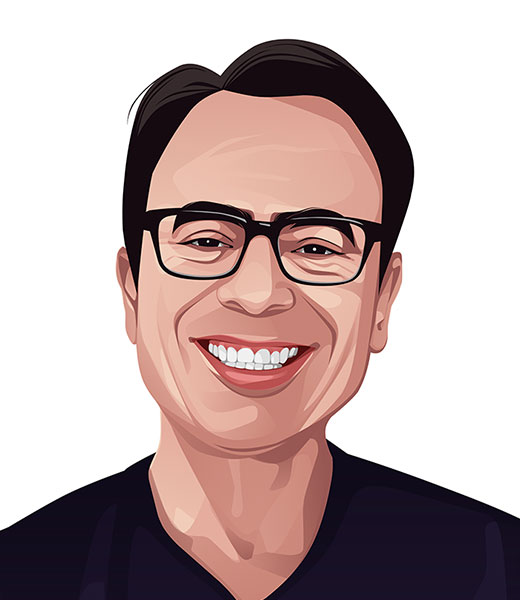 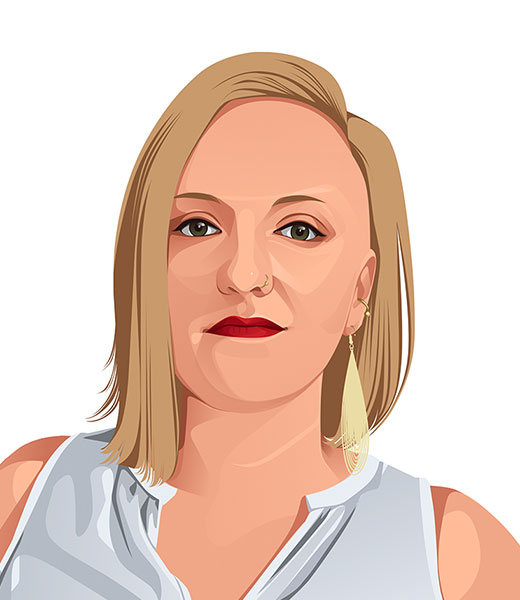 Growing up in rural Ohio, Lyndsey knew a more just, loving, and liberated world was possible, even if she didn’t understand how; as an adult they understand that building that world requires community, action, anti-racist practice, and a lot of humility. Using practical, learner-centered approaches, Lyndsey partners with organizers, artists, academics, faith leaders, and educators to facilitate practices that invite all to get more comfortable with discomfort in order to build solidarity and courage. Lyndsey brings nearly 15 years of anti-oppression training, program design, and coaching focused on growing queer liberation and reproductive freedom through multi-racial organizing centered in iteration, experimentation, and healing. They were one of the founding directors and board members of Nashville Launch Pad, a LGBTQ+ affirming emergency shelter for youth 18-24, and serves on the Board of Directors for SisterSong Women of Color Reproductive Justice Collective. Lyndsey is southern by the way of y’all, perpetually curious, and camp kid at heart (with over 20 years working collaboratively to design camp and youth leadership experiences). 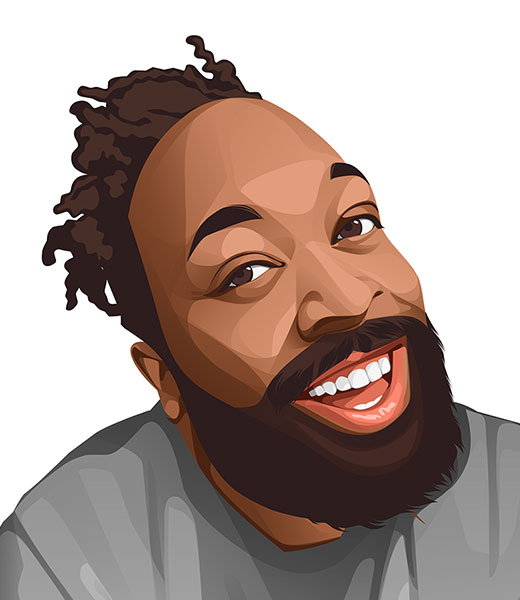 Born and raised in Cincinnati, Ohio, Jamond has spent his career working to improve the cognitive, physical, and social-emotional outcomes for young people from cradle to career.

Most recently Jamond provided professional development and capacity building support to the Ohio Department of Education's 21st CCLC network. Additionally, he has served as Youth Development & Education Program Director for the YMCA of Greater Cincinnati, Senior Manager for Community Strategies at StrivePartnership and as Technical Advisor for the YMCA of the USA.

As a trainer and skilled facilitator, Jamond has worked all across the country helping organizations, school districts, and municipalities build capacity while developing strategies to ensure diversity, inclusion, and equity. In addition, Jamond is a multidisciplinary artist having worked professionally as a costume designer, actor, and writer. When he is not trying to save the world, he is busy working his most important job: Dad. 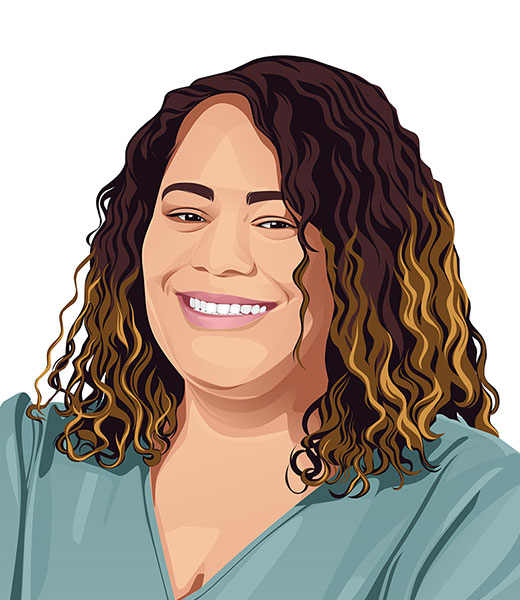 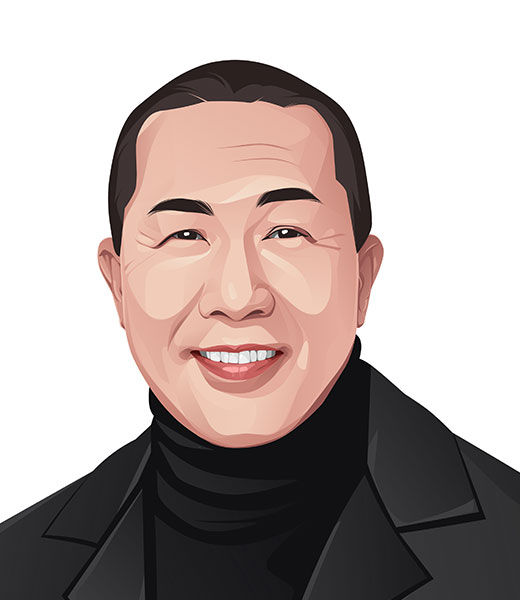 Prior to joining the Tenement Museum, he was the Marketing and Development Director for New York City’s Chinatown as part of the post-9/11 revitalization efforts. There he oversaw the Explore Chinatown tourism marketing campaign as well as the production of events such as Taste of Chinatown and Lunar Stages to draw visitors back to the neighborhood.

He has provided unique and unorthodox marketing approaches to a diverse roster of projects and institutions including New York City, where he helped create the landmark “I Love New York” campaign, The Metropolitan Opera and GMHC and amfAR during the early years of the HIV/AIDS epidemic.

He has spoken nationally and internationally on public relations, multiculturalism and diversity marketing and outreach in Birmingham (UK), Vancouver, Washington D.C., San Antonio and London; and is an Adjunct Professor at the New School teaching Arts & Cultural Marketing and Introduction to Nonprofit Management.

Chief of Staff and Deputy Executive Director for Public Policy and Research
Pronouns: He, Him, His/They, Them, Theirs 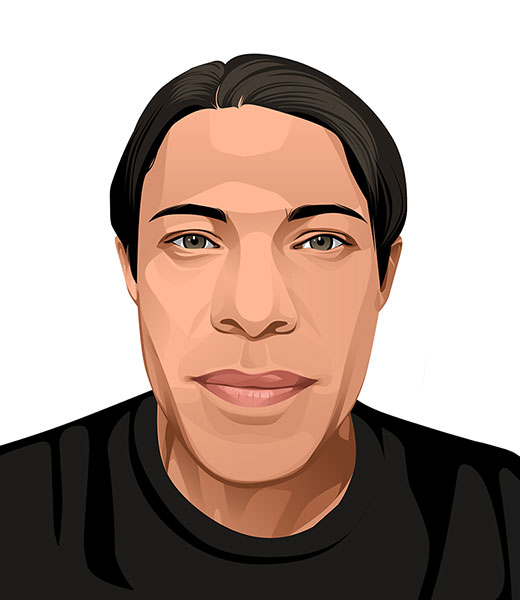 As the child of a public school teacher and volunteer school board committee member, they have a lifelong connection to working in K–12 learning communities. He joined the national staff team in 2019 after first being engaged with GLSEN as a member of the National Safe Schools Roundtable representing the Oregon Safe Schools and Communities Coalition in 2010. His experience at the intersections of LGBTQ+ justice, civil rights, and K–12 education includes being a member of the Steering Committee for Schools Uniting Neighborhoods, a community schools program based in the Portland, Oregon metro region, and leading a local education agency policy research project with the State of Oregon Program Design and Evaluation Services.

Throughout their 20 year career in public service, they have passed progressive policies and advanced LGBTQ+ inclusive data collection in partnership with federal, state, city, county, school district, and tribal governments. He previously served as a Senior Fellow at the Western States Center, Associate Director of the LGBTQ+ Research and Communications Project at the Center for American Progress, along with several roles at Basic Rights Oregon and other LGBTQ+-missioned organizations. Aaron was a long-time aide to Multnomah County, Oregon Chair Deborah Kafoury and most recently had stints working for Washington, D.C. Mayor Muriel Bowser and U.S. Representative Sharice Davids (KS-3). He has been an active volunteer for electoral and issue campaigns and is a former member of the Victory Fund Campaign Board and several national and state campaign committees.

His advocacy has been recognized with emerging leadership awards from the first annual Queer Heroes Northwest Awards, City of Portland, Oregon Human Rights Commission, Native American Youth and Family Center, and the Native American Rehabilitation Association of the Northwest. Aaron has a Master of Public Administration with an Award of Excellence for Community Engagement from Portland State University.

He lives with his partner in Washington, DC and enjoys making time to visit his family’s farm in Oregon.