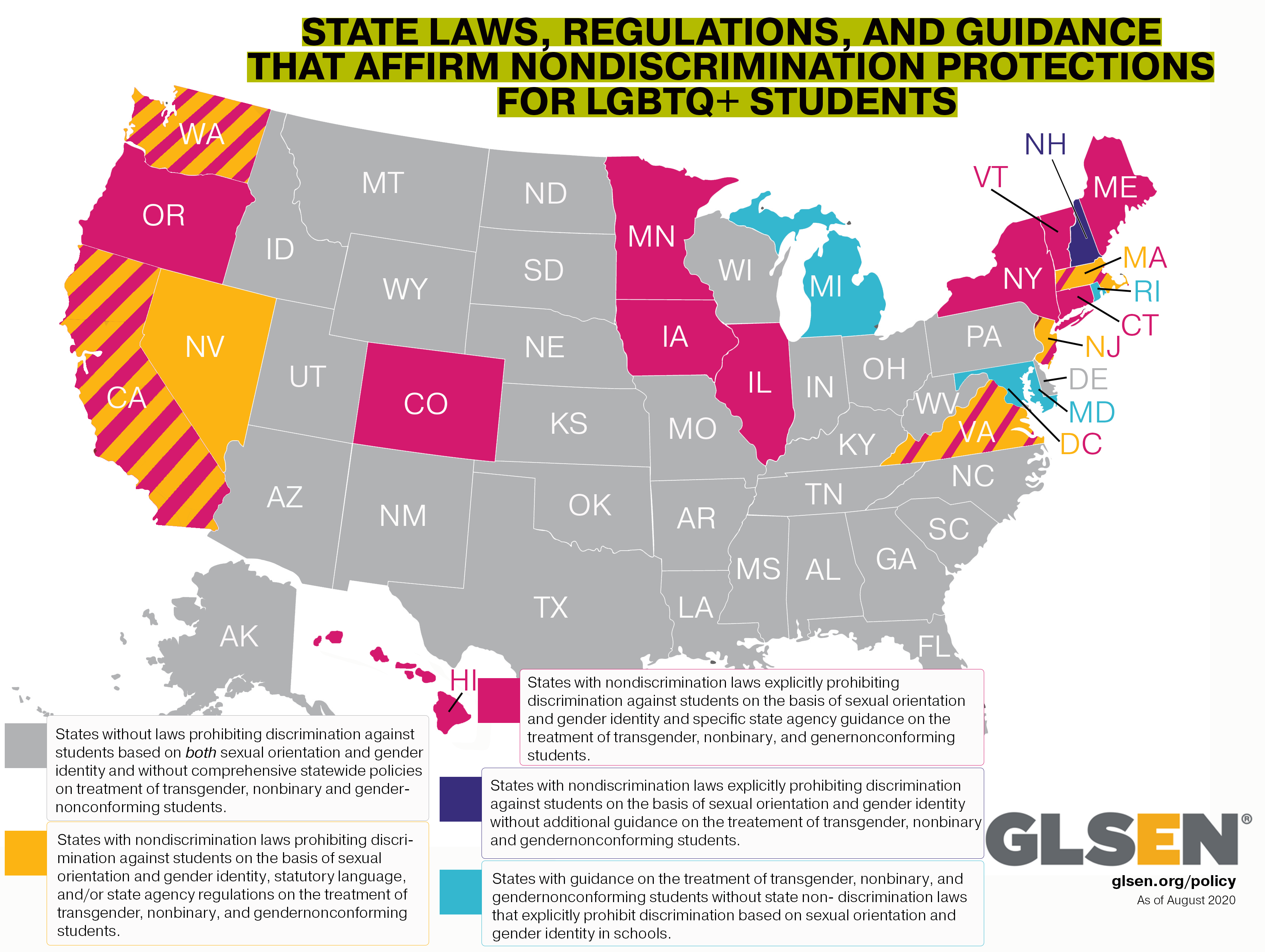 GLSEN advocates for policies that ensure that transgender, nonbinary, and gendernonconforming (trans/nonbinary/GNC) students can participate in sports on a team or in competition based on their gender identity. There are 16 states that have friendly policies that help facilitate full inclusion of trans/nonbinary/GNC students in high school athletics. A requirement for medical “proof” and/or invasive disclosures are in place in guidance promulgated in 14 states. There are 10 states that did not issue statewide guidance on best practices that should be implemented in schools. Discriminatory policies that create additional barriers inclusion of trans/nonbinary/GNC students are in place in 11 states. 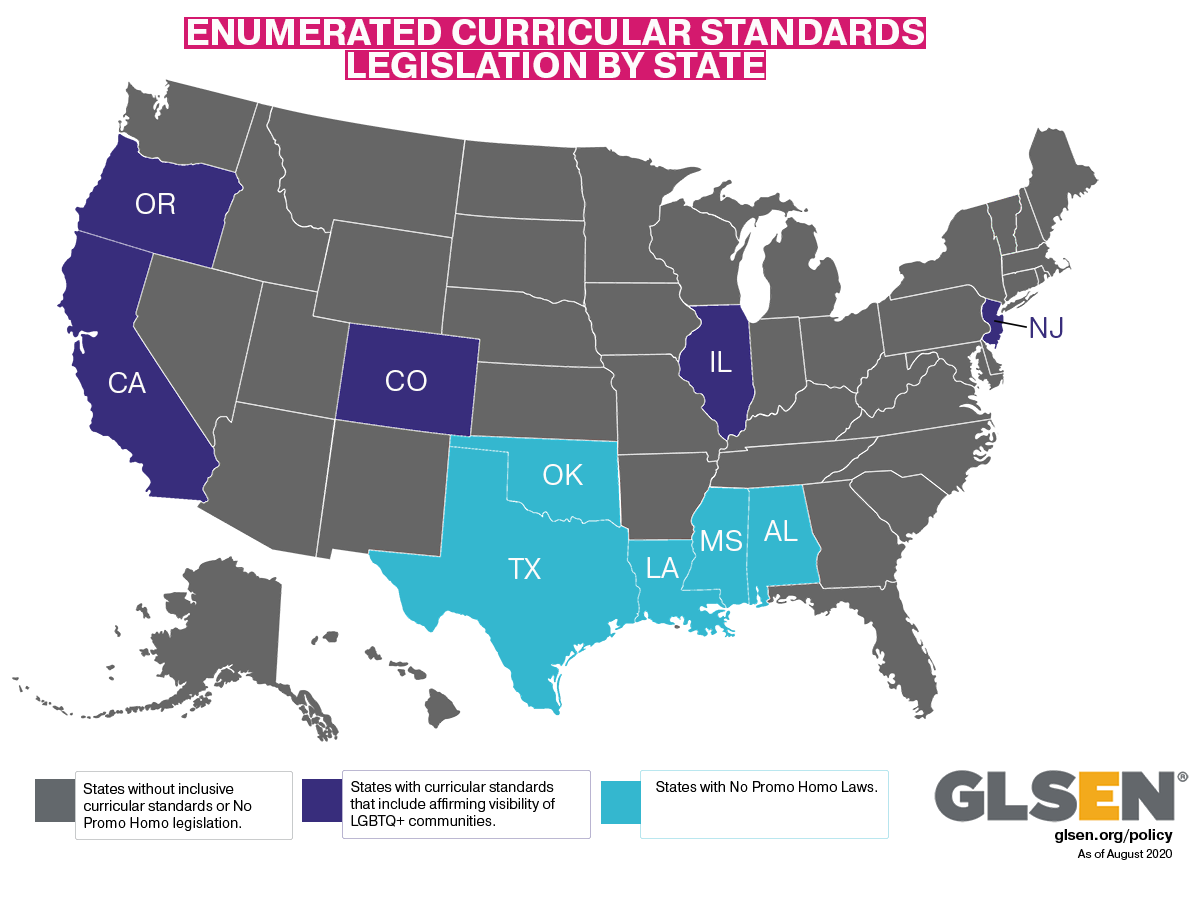 Legislation passed in five states to amend curricular standards to include affirming representation of LGBTQ+ communities in K-12 schools. Under affirming statewide curricular standards local education agencies and schools develop curriculum that is uniquely tailored to meet the needs of communities. An additional five states still have so-called “No Promo Homo” laws that prohibit positive and affirming representation of LGBTQ+ identities in K-12 schools. 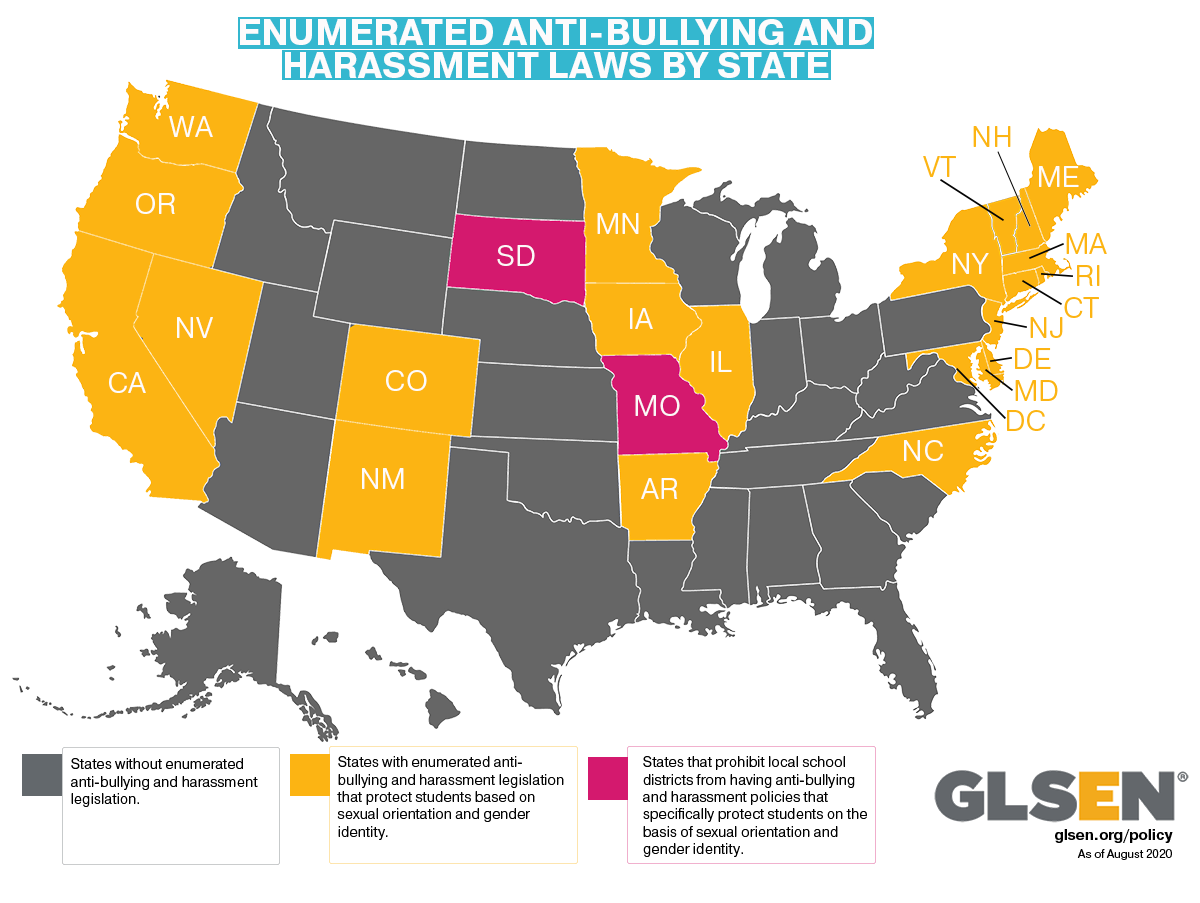